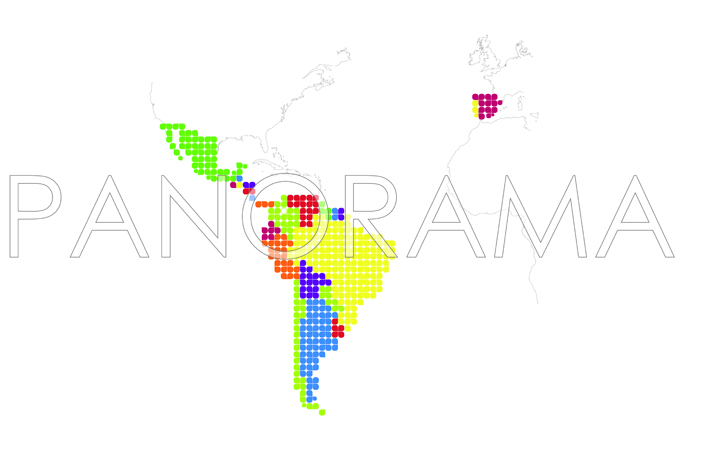 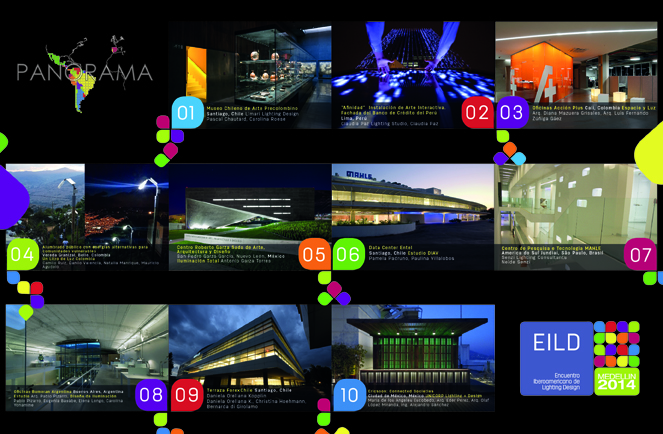 with Anne Bureau and Diana Solis

From 6 till 8 November of this year, will take place in Medellín, Colombia, the third Encuentro Ibéroaméricano de Lighting Design ( EILD), further to the edition of Querétaro in Mexico in 2012 and that of Valparaiso in Chile in 2010.

The evening of Thursday, November 6th of EILD will be dedicated to the presentation of « Panorama » and the results of the competition  » Premios Iluminet « .

« Panorama » is a selection of 50 projects of lighting design, inside and outside, realized in Ibero-American (Mexico, Central America, South America, Spain and Portugal). « Panorama » arose from Anne Bureau’s idea, guiding committee member of EILD to give a bigger visibility to the quality projects realized in the region, by independent agencies installed in these various countries. This initiative motivated the on-line magazine Iluminet, based in Mexico, to create the first edition of « Premios Iluminet », competition of lighting design where the prize-winners were chosen among the projects selected for « Panorama ».

A call for projects in summer was thrown via the site of EILD and Iluminet at the beginning of the year, and 135 projects, realized between 2010 and 2014, were received. At the beginning of September, a jury met to analyze and select the projects of « Panorama », as well as to indicate the prize-winners and the mentions of « Premios Iluminet ». This jury consisted of 6 members: guiding Luis Juan Lopez Barreiro of Iluminet and the lighting engineers Gustavo Aviles (Mexico City), Maurici Gines (Spain), Carmenza Henao (Colombia), Ricardo Hofstadter (Uruguay) and Anne Bureau (France).

During the evening of November 6th of EILD, 50 projects of the first « Panorama » of the Ibero-American lighting design will be presented under the playful shape of a lottery, a type Bingo, very popular game in numerous countries. Every participant in the evening, will receive by entering the room a cardboard on which will be printed 10 numbers and 10 projects stemming from the selection Panorama. Every number will be drawn lots, and every corresponding project will be presented to the public. When a participant will have seen 10 projects of his cardboard drawn lots, he will can shouted « Bingo » and he will win a present.

At the end of the presentation of 50 projects of « Panorama », the Bingo will come to an end and will then be announced the results of « Premios Iluminet ». Every prize-winner will see putting back his prize, the awards being of beautiful lamps offered by the sponsors of the operation.